In the early summer of 2013, WAS member Debbie Lee had the opportunity to fly over the area and took many photographs of the crop marks she observed. These revealed a series of features that were discussed at a meeting on 25.09.13. Of particular interest were the photographs showing a field at Lower Farm adjacent to the grain drying facility. John Mills (West Sussex County Archaeologist) suggested that these might include a (possibly late Bronze Age) field system, with some of the field boundary ditches being centred on an earlier (possibly early Bronze Age) barrow.  WAS excavated this site from 23rd August to 5th September 2014. 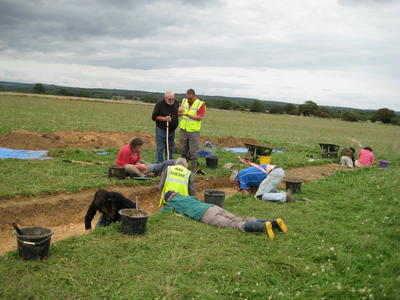 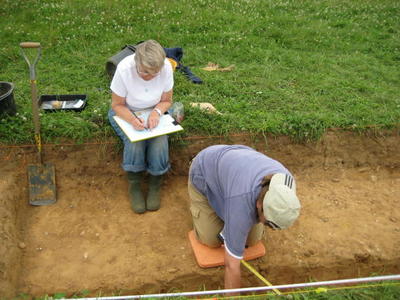 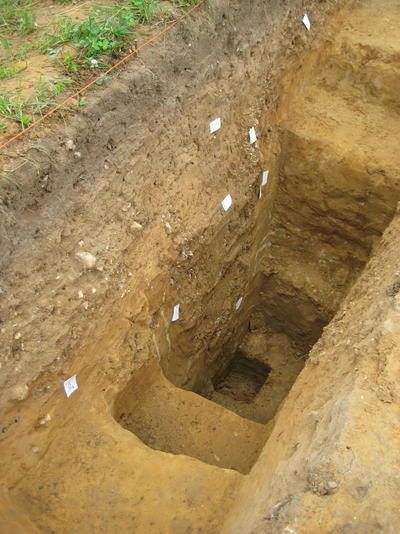 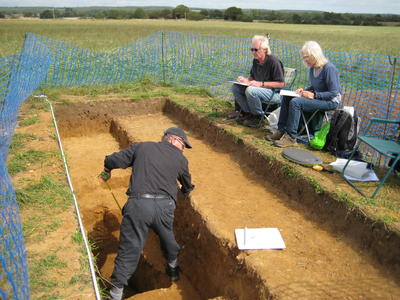 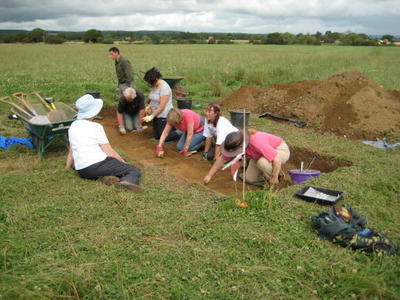 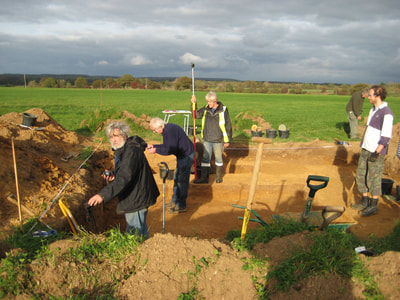